Las Vegas PRIDE Adult Royalty Titles, which are earned, not competed for in a pageant, represent countless hours of volunteering, dedication, and hard work. Applicants interested in holding a title from Las Vegas PRIDE must demonstrate their dedication to the organization before being considered a qualified candidate. Though normally a one-year term, the COVID-19 Pandemic necessitated a two-year term for this wonderful Mr. & Miss Las Vegas PRIDE. 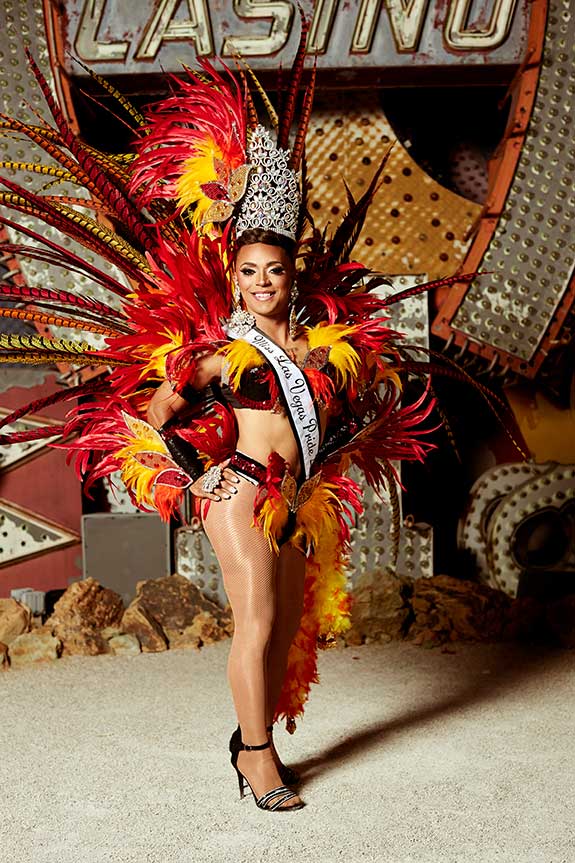 Jonah, AKA Alei’Aloha Savage, has always dreamt of one day representing the city of Las Vegas as Miss Las Vegas PRIDE. He started doing drag in April of 2012. He became the drag daughter of the beloved Tracy Savage AKA Kalani. Sadly, Tracy passed away in November 2012. She was in preparation to be crowned Miss Las Vegas PRIDE 2013. As many of us were distraught with her passing, Jonah was crushed. He made a promise to Tracy that he would make her proud in his journey as Alei’Aloha Savage.

Performing at many local venues and some out of state venues, Jonah has been perusing the art of drag ever since. He enjoys creating art through movement and the exploration of passion with self-awareness. Like many others, he also loves to share the art of drag with other people. He works in the day time as a federal employee and is a loving husband and father. He feels very proud to represent the city of Las Vegas in honor of Tracy Savage (R.I.L.) and those who have supported him through his drag career. 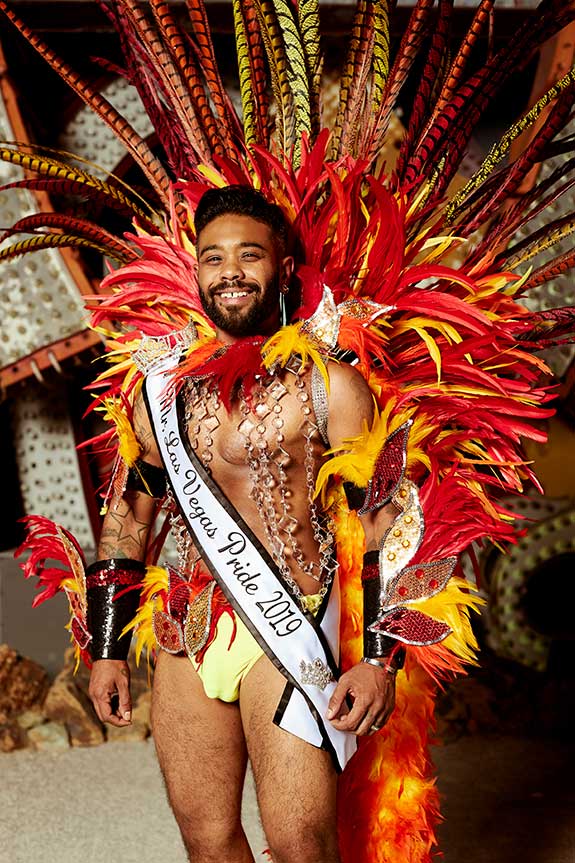 Becoming Mr. Pride was actually not something Zion had ever given thought to. “I’m not really a person that likes to be in the spotlight.” says Zion. When we approached Zion, he was taken back and wasn’t really sure it was for real. After all was said and done, he and Alei’Aloha made the mutual agreement and commitment to reign as a family. Zion also wanted to have something for their daughter to look back on when she gets older. They said it’s important to show their child that their family represented a common goal for an entire community. Unity, acceptance, and love. Zion says that being Mr. Las Vegas PRIDE 2019 is a new challenge that will definitely be a proud moment in his life.