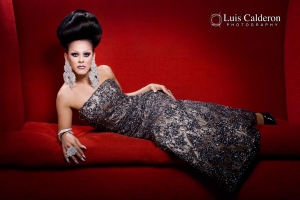 Paloma Makary was raised in the state of Michoacán, Mexico (a state which is very rich in both Spanish and Aztec culture) until the age of 18. Paloma arrived in the United States without knowing English, but with the help of some great friends, she was able to get ahead.

After working many odd jobs, she was finally able to secure a performance in a show and this is when “Paloma” was born. From that eventful night, Paloma’s career took off.

Paloma has performed at many different venues throughout the community and has also been awarded numerous titles during her career.
Ever since her first title received in 2004 of Miss Gay Gipsy Latina, Paloma has continued to pursue her passion and receive recognition for her performing art. In 2005 she won the title of “Miss Back Door”. In 2007 she was named “Miss Island Goddess,” and in 2012 she became “Miss Gay Las Vegas.”

You can find this amazing performer out at many local clubs as she is always willing to help and support her community.

Ernie Yuen, President of Las Vegas PRIDE and Royalty Coordinator says “We are happy to welcome Paloma into the Las Vegas PRIDE family. We know that Paloma will be an important part of helping to build a stronger LGBT community through her assistance with fund-raising efforts and special events.” 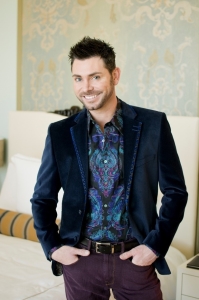 Michael Cammarata was born and raised in the Los Angeles area of Southern California. He became involved in the entertainment industry at a very early age and was officially bitten by the bug, as they say.

Michael has performed in various forms of entertainment, from TV and Commercials, to Stage and Screen. Dancing professionally has been his true passion.

He feels very blessed to have traveled the world for work. Some notable highlights of Michael’s career: dancing at The Lido de Paris in Paris, FR and his time spent with the Disney Company (where he played Prince Charming). Dance is what actually brought Michael to Vegas, where he has performed in several shows on the strip such as Donn Arden’s Jubilee.

Michael has also been very involved with SNAPI over the last several years, volunteering wherever he was needed. Michael feels it is an honor to serve and represent his community as Mr. Las Vegas Pride 2014.

“Michael has been supportive of Las Vegas PRIDE for many years now,” said Las Vegas PRIDE President and Royalty Coordinator, Ernie Yuen. “His dedication to the LGBT community has been proven with his countless hours spent volunteering for and supporting community events. We are happy and proud to have him join the Las Vegas PRIDE family.”