The Board of Directors of the Southern Nevada Association of PRIDE, Inc. (SNAPI) is both proud and honored to be able to direct the growth of this outstanding organization. Each of the non-compensated board members volunteers countless hours to help ensure a successful and enjoyable PRIDE Celebration for all. (See Board Qualification Guidelines and Board Code of Conduct) 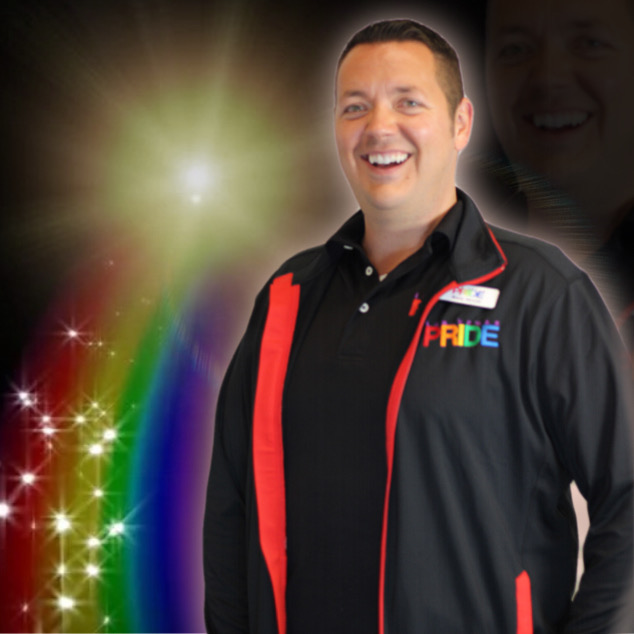 Brady McGill was born in Las Vegas and has always enjoyed giving back to his community. Brady spent much of his youth volunteering in community outreach with his family’s church and continued in his adolescence in The Boy Scouts of America. In High School, Brady was involved actively with The Future Business Leaders of America, for which he served as Chapter President. During his time with FBLA, Brady organized many fund raising and charitable events, most notably, a partnership with the March of Dimes. Brady began volunteer work with SNAPI in 2008 as a part of the LOVE program, promoting Las Vegas Pride. Brady now serves on the SNAPI Board of Directors to give back to our community and encourage the growth of our LGBT community. 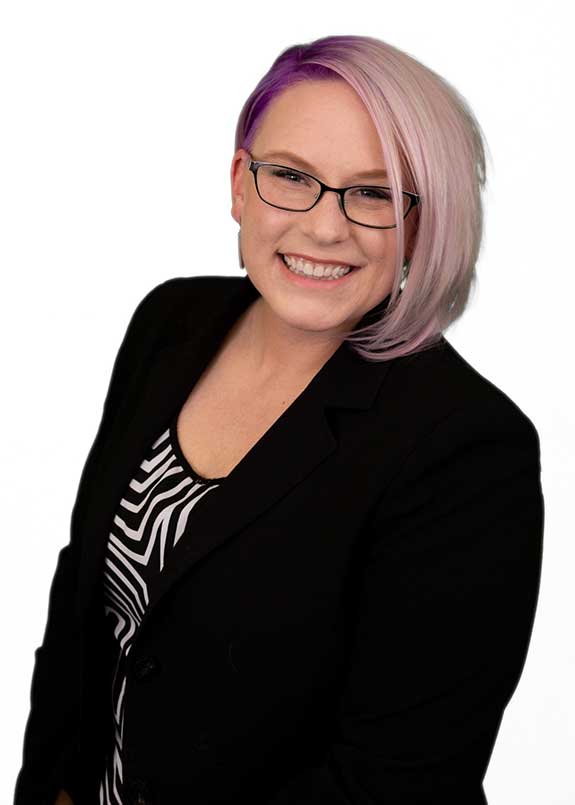 She is an organizer of Vegas Women’s Fest and prior to relocating to Las Vegas in 2017, Joslyn spent two years helping build and manage She Fest, the signature Women’s event for San Diego Pride. She is a long-time supporter and volunteer of San Diego Pride and Palms Springs Pride and joined a collective of inclusive community organizations to bring the free virtual festival SQ:UAD Fest to life at the onest of COVID-19.

She holds a bachelor’s degree from the Walter Cronkite School of Telecommunications and Journalism at Arizona State University and has over fifteen years of brand marketing and communications experience.  Joslyn is dedicated to service through volunteerism and remains grounded in her belief that meaningful connection is the key to a thriving queer community. She spends her free time on the field in the Las Vegas Gay Softball League and sits on the committee dedicated to bringing the NAGAAA Softball World Series back to Las Vegas. 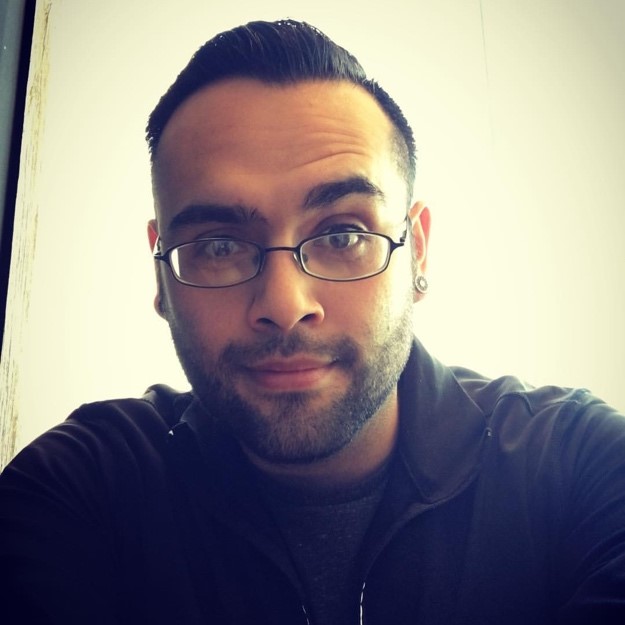 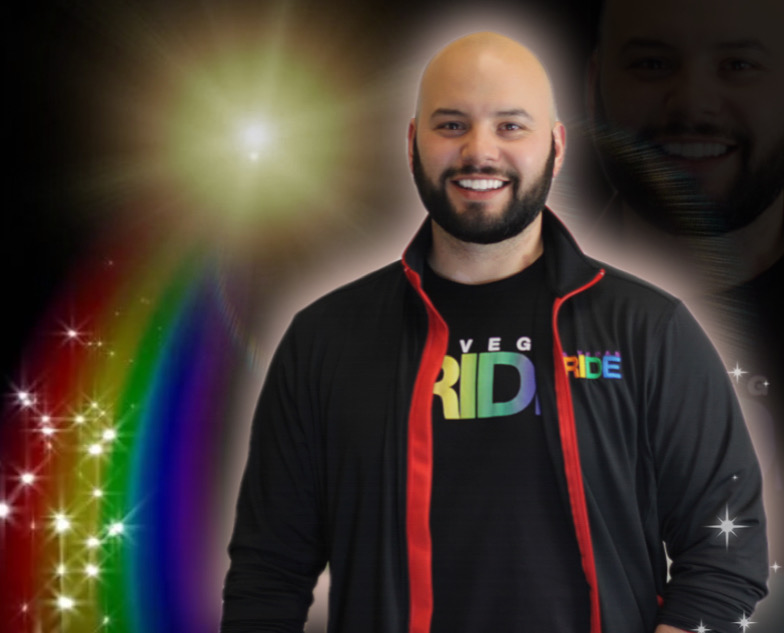 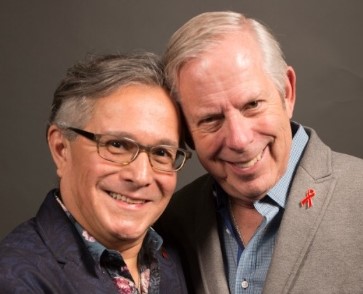 Clair Koetitz and Lyndon Marquez have been together for 28 years, married for 13 and have lived in Las Vegas for 7 years. Their lives have been intertwined so it is difficult to write two biographies. They began volunteering for PRIDE with the Parade as script writers and check-in duties and with the Center for community engaging events in 2008.

During their years in Boise, ID they were involved as Ambassadors and a Docents for the Boise Art Museum, American Heart Association, Muscular Dystrophy Association, and the Boise River Festival. They both continue to support The Festival of Trees event in Boise, ID by booking the entertainment for the annual event which benefits the Saint Alphonsus Hospital and Foundation.

They will continue supporting our community in any way possible. Las Vegas has many great LGBT organizations that can support numerous events on a united front. 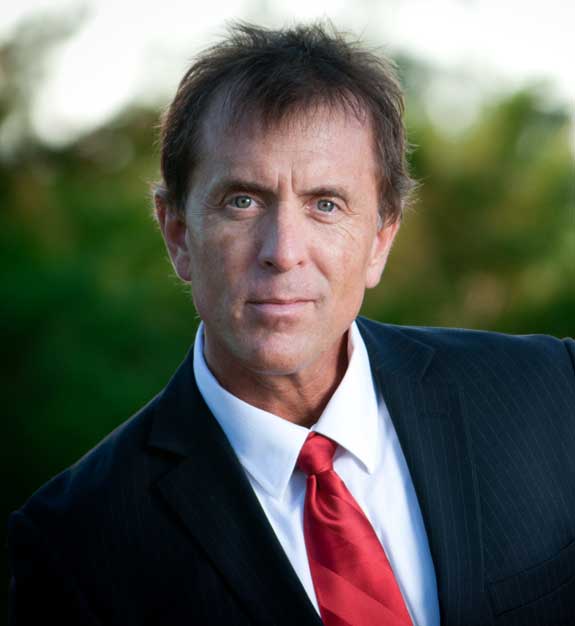 Steve was born in Connecticut and moved to Phoenix, AZ, at a young age.  He moved to Las Vegas in November 2014 but had been a frequent visitor to Vegas (many times as often as weekly) to perform with his band, Sin City KISS, for many years.  During the day, Steve works for a global bank and has been in banking for close to 30 years. He started the first Diversity & Inclusion group at the Henderson site that he works at with 30 people.  That group has grown to over 300 people in just 3 years.  Steve is now Sr. National Co-Chair of his companies’ LGBT+ Diversity group, a speaker at the annual Out & Equal Summits and a member of one of Out & Equal’s Advisory Committees.  He always is a staff writer for Las Vegas PRIDE magazine.  Steve’s passion is for all people to live life fully and authentically without fear.  He is an outspoken LGBT influencer at work and in the community. 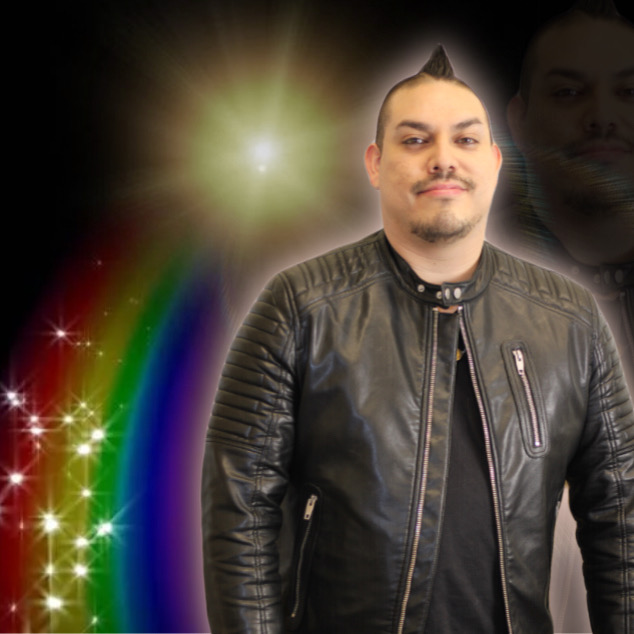 Jean Carlos (JC) Lopez is originally from California but has created a new home in LAS VEGAS! He is an expert in sales and marketing, with a specialization in training management. He has also been in the entertainment industry from a young age. JC is classically and Broadway trained in Voice and Dance. He launched his first company at 18, where he produced and directed his first musical. JC then traveled to England and started the Kent University Musical Theatre Society in Canterbury where he produced/directed and performed in over 35 showcases in two years! Fast forward after 6 years of running a marketing firm and sales agency, he came back to Entertainment, launching Relentless Entertainment in Vegas. He also spends his time as an Entertainer/Emcee/DJ on Fremont and the Las Vegas Strip! He joined the Las Vegas Pride Board in 2018 and is excited to help bring on our PRIDE Event in Las Vegas. He is very proud to be a part of an organization that gives back to their community and helps them unite and celebrate life and diversity! 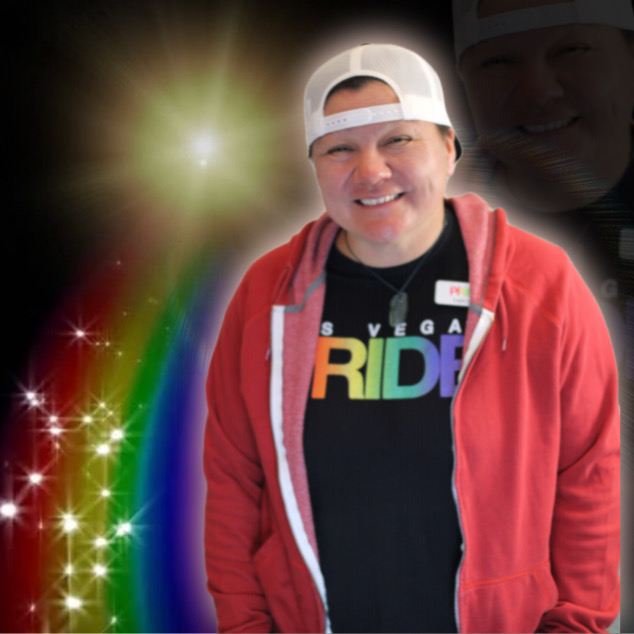 Lupie Janos (she/her) is a Southern California native but decided four years ago she needed a change and found herself in the Las Vegas valley. She had frequented Las Vegas for years; however, found a new appreciation for this town she now calls home after moving here. She loves being outdoors and appreciates wide open spaces and the desert landscape. When she is not working or volunteering with Pride, you can likely find her hiking, playing softball or in some body of water when it is warm enough. Lupie holds a Bachelor of Arts degree in Sociology/Criminology from Cal Poly Pomona and has over 20 years of professional experience in numerous areas of the social services field. She has done direct practice as a CPS social worker, worked with aging out youth developing their independent living skills and worked with undocumented youth towards obtaining a legal status in this country. Lupie has provided training and supervision to child welfare staff and served as a liaison between public agencies and community stakeholders. She currently works in policy analysis and development with a focus on quality improvement.

She is an interpersonal specialist and utilizes her years of experience in social services, as well as her lived experiences, to give the most back to her community. She believes in fresh starts, living each moment to its fullest, believing in the potential people possess and that sometimes, you just need to stop and breathe. 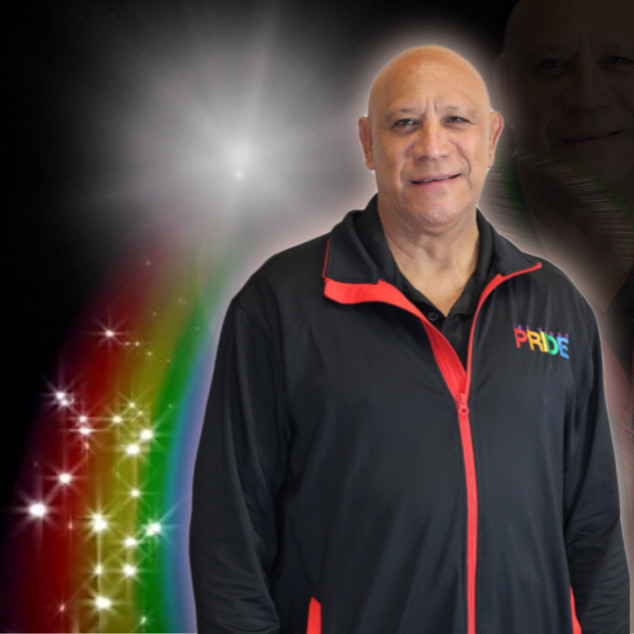 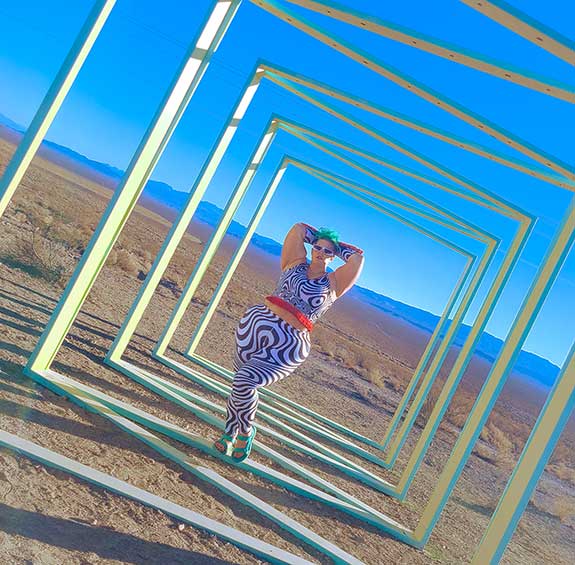 Jennifer Howe (they/them) is a queer fat enby artist, performer, and business owner. Before they moved to Las Vegas in 2020, Jennifer was a queer event producer and performer based out of Portland, Oregon. Where she organized LGBTQIA2S+ events for the queer community and sex positive community in the Pacific Northwest. They also own and operate a queer greeting card and gift business called, Gay Pigeon, that specialized in gifts for queer occasions like gender affirming surgeries, queer holidays, and more. They are creating a new home here in Las Vegas and is excited to help grow the influence and the outreach that the queer community has here in LV. They believe it's important be stay visible in order to for the queer community to connect, thrive, and create meaningful lasting change. When we help protect those that are the most marginalized, we all succeed. 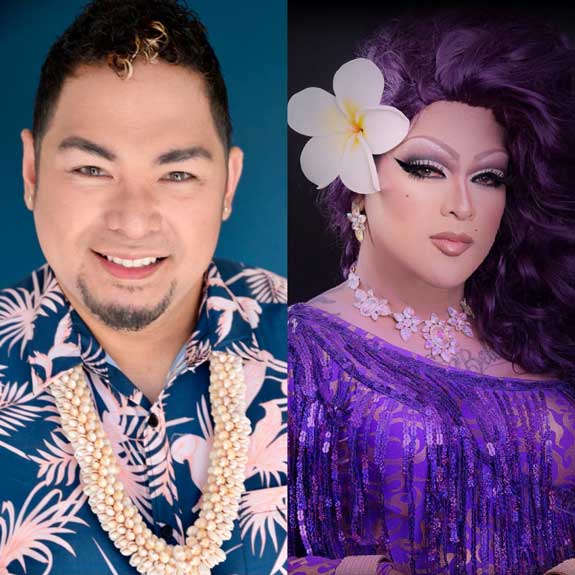 Born and raised on the island of Guam & multi-talented business owner. Jojo comes from a very loving home that always encouraged love, acceptance, and freedom of expression.

Jojo is also known as Jolene Secrets after her first drag performance in 2006. Since then, Jojo has always been apart of the LGBTQ community competing in numerous pageants, performances and has been crowned the only Deaf Drag Queen serving in Las Vegas, Nevada & Portland, Oregon.

Most recently, he has become a volunteer of The Center, CAPI, and Sin City Sisters, to help with their Las Vegas LGBTQ outreach program. Jojo inspires to be an ally of love, expression of self, and acceptance for all. 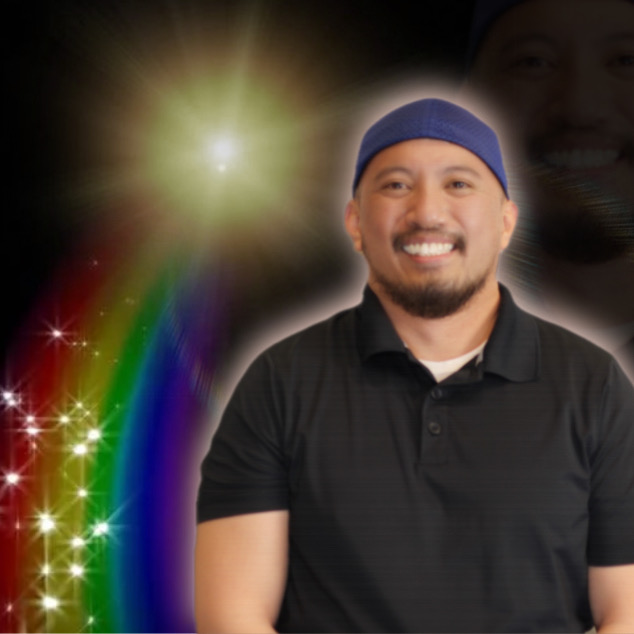 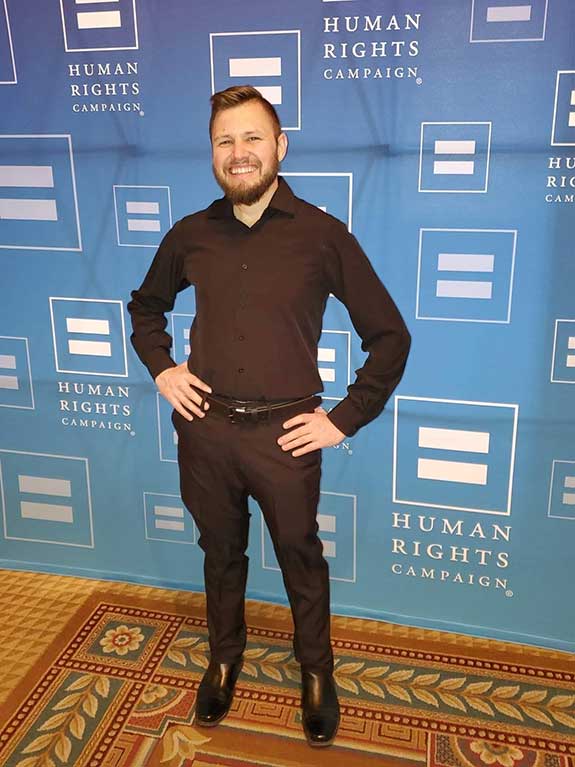 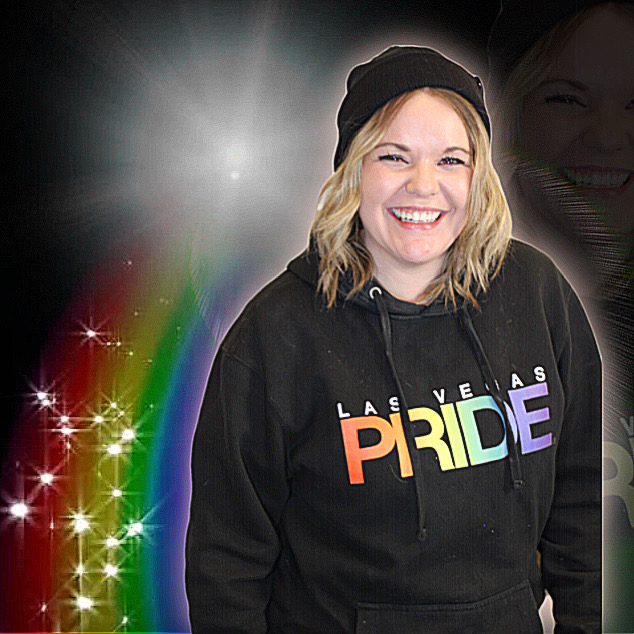 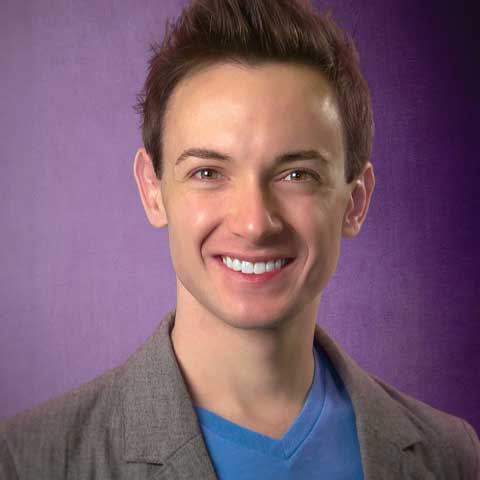 Board Members In Memorium

Born and raised in Honolulu, Hawaii in a little town called Ewa Beach. After graduating from James Campbell High School, Tracy worked in the Hawaii tourist industry, and made it his career for 15 years, he loved working with the tourists and promoting Hawaii, but it was not enough.

In 2002, Tracy decided to move to Las Vegas, to try something new and look for better opportunities, this was a very big move. After taking a year off, on March of 2003 Tracy was hired at NYNY Hotel and casino. Tracy had a great time, made many new friends and worked there for the next 7 years. Starting off as a guest room attendant for 2 years and then moving on to the role of house person, Tracy worked in the picking station, linen department and then was promoted to supervisor, it was quite an experience. Due to health reasons Tracy was forced to leave his employment.

Tracy joined the board to make a difference. He wanted to help teach and do outreach for the younger generation, especially if they are HIV POSITIVE, as he was since 1994. He said that he was “not here to preach, and not so much teach… but to share my experiences and how they can come over any negatives; how to be yourself and still live a fabulous life.”

“Our mission is to create safe and inclusive spaces for self-expression, inspire an authentic sense of activism in the continued fight for equality, and celebrate the unique heritage and diverse cultures of the LGBT+ community of Southern Nevada and its allies.”

The Vision of the Southern Nevada Association of PRIDE, Inc. is to solidify and empower the LGBT+ community of Southern Nevada, to work together toward a culture of diversity and acceptance in the form of an annual Parade and Festival.