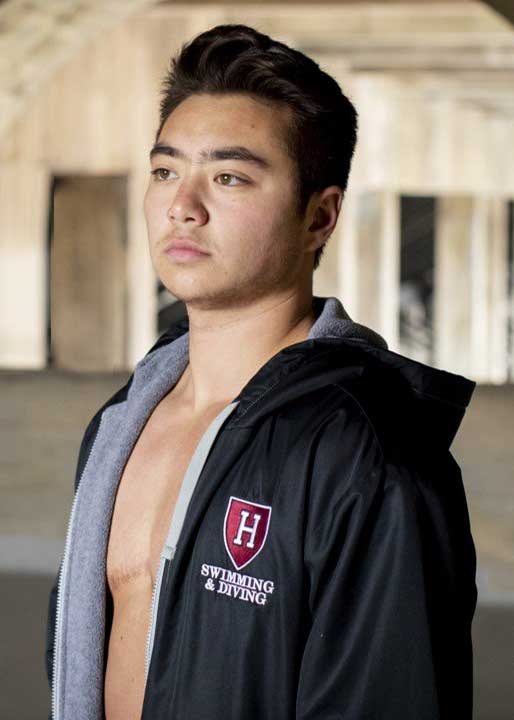 Schuyler Bailar, award-winning NCAA Athlete and Inspirational Speaker to speak at The Center. Schools, teachers, PTA’s, caregivers and students are all welcome to attend! Please email to coordinate for your school! Individuals can RSVP at https://www.facebook.com/events/929732080711207/

Schuyler Bailar was one of the nation’s top 20 15-year-old breaststroke swimmers. By 17, his relay team set a national age-group record. A 25-time National Championship Qualifier, a two-time All-American, he was recruited by and swam for Harvard University on one of the winningest teams in Harvard’s history.

Schuyler is also the first openly transgender athlete to compete in any sport on an NCAA Division I men’s team.

Schuyler’s difficult choice – to transition while potentially giving up the prospect of being an NCAA Champion – as a female swimmer – was historic and timely. His story has appeared everywhere from The Washington Post to 60 Minutes and The Ellen Show.

Schuyler is also a celebrated inspirational speaker, having been hosted at places like the CIA, the NCAA, USA Swimming, TEDx, The Boston Museum of Science and over 70 others, including schools and colleges across the country.

His story explores the universal challenges of trying to “fit-in” in our media-rich world with integrity and authenticity. He explains his struggles and why he ultimately chose to put many potential accolades at risk to be true to himself. Because he has lived his life from many perspectives – woman, Korean American, mixed-race, gay, trans, “Harvard white guy” – his story resonates with young and old, from all walks of life.