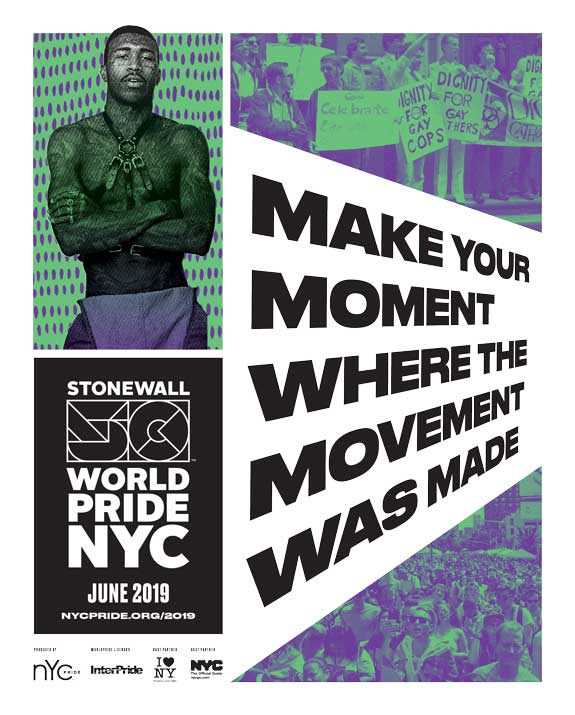 Commemorating the 50th anniversary of the Stonewall Uprising, NYC Pride will simultaneously host WorldPride during its 2019 season. It’s the first WorldPride hosted on United States soil, and the second North American WorldPride in the event’s nearly 20-year history.

The sixth edition of WorldPride will welcome millions of domestic and international LGTBQI+ guests to New York City. Attendees will encounter a once-in-a-lifetime experience to honor and celebrate the Pride movement in the same location where the modern movement began in 1969.

Accordingly, NYC Pride’s 2019 season is dually branded Stonewall50 and WorldPride 2019. NYC Pride is producing WorldPride’s official events, including never-before-seen activities alongside special editions of iconic events such as the March, Rally and Pride Island. Full details of the 2019 events will be released in late 2018.

Stonewall50 / WorldPride 2019’s theme is “Millions of Moments of Pride,” representing the invaluable and countless experiences every person encounters during annual celebrations and commemorations around the world; The Pride experience is as unique as its participants because it is unique to each participant.